It’s fascinating to keep an eye on the latest technological developments, and the excitement really builds when concepts once deemed farfetched make their way onto the marketplace. Here are four technologies that we’re super excited to get our hands on! Virtual Reality Pretty soon it will be commonplace to see people wearing giant goggles on 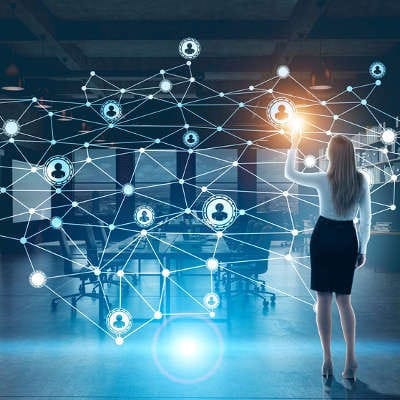 It’s fascinating to keep an eye on the latest technological developments, and the excitement really builds when concepts once deemed farfetched make their way onto the marketplace. Here are four technologies that we’re super excited to get our hands on!

Virtual Reality
Pretty soon it will be commonplace to see people wearing giant goggles on their faces and experiencing a simulated environment thanks to virtual reality devices and their sophisticated software that creates immersive experiences. Betting that virtual reality will be as revolutionary as the advent of the desktop computer, Facebook acquired Oculus for $2 billion in 2014, and the VR headset can now be purchased at any major technology retailer starting at $499. Even though virtual reality may seem destined for the realm of video games, there are significant proposals for finding ways to use VR in the workplace.

Social Payments
Splitting the bill at a restaurant just became that much easier, thanks in large part to social-mobile payment apps like PayPal’s Venmo and Square’s Cash. As these apps become social networks of their own, Facebook, Twitter, and Snapchat are integrating mobile payments into their offerings.

Intelligent Drones
Amazon and Google are both testing the use of drones to make deliveries, while Facebook hopes to expand Internet connectivity with solar-powered drones. Today, drones are more than just carrier pigeons as manufacturers continue to innovate. Finland-based startup Sharper Shape has even developed a drone programmed to make independent decisions. These smart drones will be able to “learn” about their surroundings and identify objects as they hover high above the ground.

Ambient Proximity
Smartphone users can now interact more seamlessly with their surroundings thanks to wider implementation of beacon technology, making the Internet of Things a more cemented reality. Beacons automatically push information back and forth between two connected devices in close proximity. PayPal and Apple are already relying on this technology to boost their mobile payment offerings, while retailers like Under Armour use these beacons to capture data on how customers behave inside their stores.

Which one of these technologies are you most excited about? Or are there any other cutting-edge technologies on your radar that you’re chomping at the bit to get your hands on? Share your thoughts in the comments below.

END_OF_DOCUMENT_TOKEN_TO_BE_REPLACED

END_OF_DOCUMENT_TOKEN_TO_BE_REPLACED
If you’re thinking about outsourcing your IT, please read this first.