Cortana Gets a Little Too Clingy After Latest Update

The idea of speaking to your device and having it perform tasks is hardly a new one. Siri and Google Now have long dominated this industry. Microsoft released Cortana in an attempt to enter the voice assistant race, but with Windows 10’s anniversary update, more harm than good could come from using Cortana. Since the 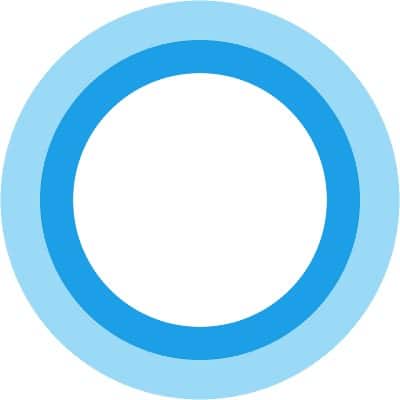 The idea of speaking to your device and having it perform tasks is hardly a new one. Siri and Google Now have long dominated this industry. Microsoft released Cortana in an attempt to enter the voice assistant race, but with Windows 10’s anniversary update, more harm than good could come from using Cortana.

Since the release of Windows 10 last year, users have been quite vocal about Windows 10’s innate settings. Some have argued that Windows 10 shares too much data and that Microsoft should address the problem. While this may (or may not) have been true, depending on who you ask, it doesn’t change the fact that Microsoft’s intentions were to provide a functional and user-friendly virtual assistant.

The main problem with Cortana is that you can’t turn it off. The Windows 10 anniversary update, called Windows 10 SP1, disables this function. This is problematic, especially for businesses that require high-security measures. If you can’t turn off Cortana, she could be lurking in the background, watching your every move to target your device with ads tailored to your specific search history and activity. To make matters worse, the only easy way to prevent Cortana from collecting your device’s data is to set it to avoid doing so when you install Windows 10.

If you’re installing Windows 10 for the first time, we highly recommend against using the “Express Settings.” If you use these settings, you might find that your user experience is more functional but overall less secure. The reason for this is simple; you can customize your settings and limit Cortana’s access to information that could be sensitive, like your contacts, location, calendar data, email, and more. This resolution can also become another problem, though, in the form of Cortana losing out on almost all of its functionality. Can’t Microsoft just give us a simple on/off switch?

Another issue that many organizations have with Cortana is its new feature that allows for the voice assistant to perform basic search functionality without the user logging into the device. Think about it; any feature that allows any functionality whatsoever without the user being logged into the device can be considered a security risk. We think it’s only a matter of time before this “feature” is exploited for gain by hackers and other malicious entities. In the meantime, you can turn this feature off by going through Cortana’s settings and turning off the “Use Cortana even when my device is locked” feature.

Of course, there are plenty of security benefits to keeping Windows 10 updated, so completely ignoring the update isn’t advisable either.

There are ways that you can turn off Cortana, but we don’t recommend them to anyone who’s not well-versed with the innards of the Windows operating system. If you have no clue what the registry does or looks like, chances are you should leave this to the professionals at K² Technologies. We want your organization to use the latest and greatest technology solutions, but we also want to help you stay safe and secure at all times when online.

END_OF_DOCUMENT_TOKEN_TO_BE_REPLACED

END_OF_DOCUMENT_TOKEN_TO_BE_REPLACED
If you’re thinking about outsourcing your IT, please read this first.