Just Because an App is on the Google Play Store, Doesn’t Mean it’s Safe

If your employees are given an Android device to use for work, or if they bring in their own as a part of BYOD, you may want to pay special attention to what follows. Google has just removed a piece of malware that managed to make its way into the listings of the Google Play 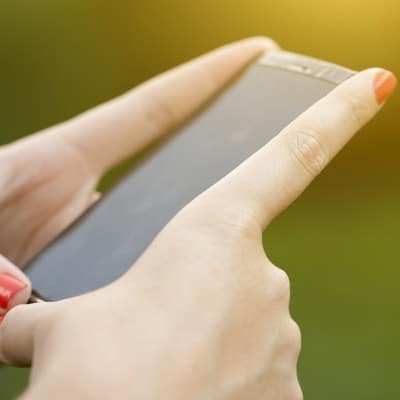 If your employees are given an Android device to use for work, or if they bring in their own as a part of BYOD, you may want to pay special attention to what follows.

Google has just removed a piece of malware that managed to make its way into the listings of the Google Play Store. Disguised as a strategic card game called “Beaver Gang Counter,” the malware seemed at first glance to be a harmless enough app to download as a way to pass some time every now and then. This impression unfortunately turned out to be inaccurate for a few different reasons.

So Why Was it a Threat?
First, the app itself reportedly was a bit of a one-trick pony, losing any of its entertainment appeal very swiftly. Of course, what does one do with an app that one has grown bored with and no longer wants? One deletes it, to make room for other apps that one will have more use for, but not before the second factor that makes the “harmless” impression inaccurate comes into play.

The disguised malware would specifically target those whom also had Viber, the vastly more popular communications app, installed on their device. Once the Beaver Gang Counter app was installed, the malware would access the directories contained in Viber as well as uploading any of the user’s Viber images to an external website.

Google has since denied Beaver Gang Counter from the Play Store, and thus far it seems that little damage was done. However, the entire situation asks the question: how did this happen?

There were ultimately a number of factors that led to Beaver Gang Counter having the ability to access files belonging to another app – an ability that the Android platform is supposed to block. However, the measures put in place by Android do nothing to prevent the review of data saved on the SD removable storage.

Due to the expectation of inter-device compatibility that comes with SD cards, the inter-app file sharing that Android usually blocks is left unfettered in the SD storage, depending on the permissions granted at install. Therefore, if assigned to SD memory (as it would have been in almost all cases), Beaver Gang Counter could potentially access any and all data saved to the SD – the malware developers had simply chosen to target Viber users specifically.

So What Happened?
However, there’s an excellent case to be made that the app should never have reached the Google Play storefront at all, and that Google’s review process seems to need some work.

Upon opening the app, you are brought to the game’s main menu screen, with the following options: Help, Players, Statistics, and the all-important New Gane. Yes, you read that right. New Gane. There was a spelling mistake, right there on the most important element of the main menu, visible from the download screen itself, that Google either missed or disregarded without digging any deeper.

What Does this Mean for my Business?
While Beaver Gang Counter didn’t target anything that would likely damage a business if the malware infiltrated a business-provided or BYOD-implementing device, it really makes one consider how many other apps may be out there that could potentially cause harm to a business through similar actions. The only truly clear lesson to be learned from this story is that Google isn’t infallible, and so they cannot be relied upon to defend your company from all threats that are sent through their systems. Ultimately, it falls to you to pick up the slack, and so you should implement the following best practices.

For more IT news and best practices, be sure to keep checking back on our blog, and be sure to reach out to K² Technologies if you have any questions about your own security. Give us a call at 307-686-3025.

END_OF_DOCUMENT_TOKEN_TO_BE_REPLACED

END_OF_DOCUMENT_TOKEN_TO_BE_REPLACED
If you’re thinking about outsourcing your IT, please read this first.