During your time in the business world, you may have heard about the Dark Web. It’s a place that’s filled with illegal activity, with some of the most notable being online marketplaces where credentials and personal records can be sold to the highest bidder. However, there’s much more to the Dark Web than meets the 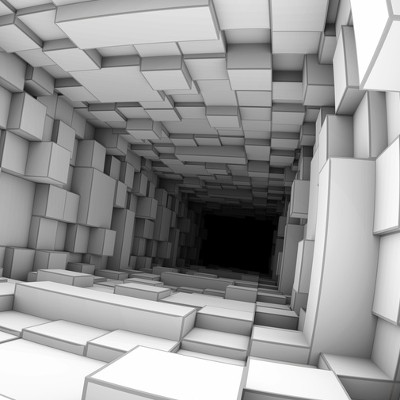 During your time in the business world, you may have heard about the Dark Web. It’s a place that’s filled with illegal activity, with some of the most notable being online marketplaces where credentials and personal records can be sold to the highest bidder. However, there’s much more to the Dark Web than meets the eye.

Here are four things that you may not have known about the Dark Web.

Anyone Can Access It
Accessing the Dark Web is as easy as downloading a couple pieces of software. However, you should consider your reasons for accessing the Dark Web. While it’s mostly known for hosting illegal activity, there are plenty of legitimate ways to use the Dark Web. Many web companies have a large presence on it, and journalists or those who deal with sensitive information use it for sharing this data. In fact, your IT department could use it to find data that’s been stolen from your organization.

Of course, you should also be prepared to deal with some unsavory things while you’re on the Dark Web. Be sure to do everything in your power to back up any important data that you might have, and to always be using the maximum security measures possible.

Anonymity Isn’t Guaranteed
There’s nothing anonymous about being on the Internet, even if you’re connected to the Dark Web. Anonymity might be more likely, but there’s no guarantee that someone isn’t watching your every move. Encrypted sites that utilize the “.onion” domain can only be accessed by using the Tor web browser, but with the right tools you can unmask most anyone using the Dark Web. It’s thought that the FBI has malware that can track IP activity, which wouldn’t surprise us at all.

TechRepublic explains how Tor masks the identity of users while on the Dark Web: “Tor works by creating a secure connection between the user’s web browser and a network of machines, then tossing the originating IP address through several disparate relay points within the network. In theory, these “onion layers” mask the browser’s point of origination.”

The lesson: even with Tor and SSL, nobody is safe and secure on the Dark Web.

The Dark Web is Shockingly Large
Even without Silk Road dominating the illegal black market industry, the Dark Web still houses plenty of small marketplaces that have sprung up to take its place. Illegal eCommerce is a major problem, and now that user interfaces have been streamlined, anybody (more or less) can log onto the Dark Web and purchase stolen financial information or personally identifiable information. This turns wannabe hackers into the real deal, which is a dangerous precedent that fuels the growth of the cybercrime industry. To counter this growth, many organizations and vendors have introduced services that can help their patrons find stolen credentials that have been put up for sale on the Dark Web. Some even offer security services and threat mitigation to help those who want to navigate the Dark Web on their own.

There’s a Surprising Amount of Legal Functionality
You wouldn’t believe it, but the Dark Web has plenty of legal content hidden behind the illegal and sketchy reputation that it’s earned. Facebook’s Dark Web site is quite popular with over 1 million visitors every month. A search engine similar to Google aptly called Not Evil is also popular, and so is the Deep Web Radio, a music streaming service. Another notable one is OnionWallet, which acts like a bitcoin wallet service to convert real-world dollars to cryptocurrency.

Of course, the dangers of the Dark Web are still a cause for concern, so even if it is accessible, it’s advisable not to do it. The average office worker has no business on the Dark Web. A content management system can keep your employees from visiting dangerous websites that could compromise your organization’s infrastructure. To learn more, reach out to us at 307-686-3025.

END_OF_DOCUMENT_TOKEN_TO_BE_REPLACED

END_OF_DOCUMENT_TOKEN_TO_BE_REPLACED
If you’re thinking about outsourcing your IT, please read this first.