You can tell when a workstation might need an upgrade if it’s slowing down, or if the machine is so absurdly slow that you can barely accomplish your daily tasks with it. One of the easiest ways you can improve the quality of your workstation is by increasing the amount of RAM. RAM, or Random 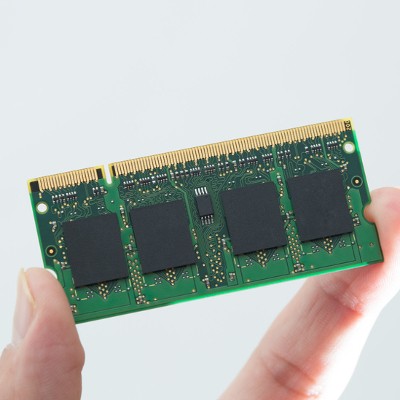 You can tell when a workstation might need an upgrade if it’s slowing down, or if the machine is so absurdly slow that you can barely accomplish your daily tasks with it. One of the easiest ways you can improve the quality of your workstation is by increasing the amount of RAM.

RAM, or Random Access Memory, is one major factor that can contribute to how much you can do with your workstation or server at any given time. Here’s what you can do with various amounts of RAM commonly found in PCs.

1GB: Literally Nothing but the Basics
The minimum requirement for the 32-bit Windows 10 operating system is 1GB of RAM, though it’s obviously not recommended that you run it like this. 1GB is barely enough for basic functionality like web browsing, word processing, and checking your email, but you can’t expect it to run well. Also with only 1GB of RAM, you can forget about photo and video editing. 1GB isn’t even passable for a consumer PC. Most machines these days house somewhere between 4-8GB of RAM. In fact, most smartphones and tablets have more than 1GB.

2GB: Not Enough to Get Much Done
2GB is the minimum system requirement for the 64-bit version of Windows 10; as such, it’s still recommended that you run more RAM than this. 2GB is enough to get some work done, like running your productivity suite and having plenty of open browser tabs, but you’ll still be held back significantly in terms of running more powerful software solutions.

4GB: A Major Improvement
Here’s where you start to see some significant improvements in functionality. You’ll find that you can run more applications at the same time, allowing for greater productivity. Plus, your software will run much faster in general, cutting down on frustration and making it easier to get work done. 4GB is considered a benchmark for a low-end office PC.

Keep in mind that a 32-bit operating system on a 4GB machine will only be able to access about 3.2GB. When using a 64-bit operating system, you’ll have access to the whole 4GB (and higher). It’s also important to remember that the 32-bit version of Windows 10 has a 4GB RAM limit – the 64-bit versions require more RAM to run properly.

8GB: Now We’re Talking
If you’re going to be working with several editing softwares, like the Adobe Creative Cloud or light multimedia, you’ll want to up the ante to 8GB. Doing so allows you to further increase performance, and you’ll experience minimal frustration. Office workstations will sing (as long as their other components are up-to-speed), and 8GB of RAM is where you’ll typically want to start for light gaming.

16GB and Up: Is it Worth It?
Whether or not your system needs more than 8GB will really depend on what you plan to use it for. The only time that 16GB or more becomes worth your money is when you’re running several resource-heavy applications and/or virtual machines at the same time. If you need your workstation to be able to handle anything resource-intensive like this, you’ll want to invest in a machine that has at least 16GB of RAM. On top of that, video editing and other multimedia will be more effective with more RAM.

Be sure to discuss what you need with an internal IT department, or contact K² Technologies at 307-686-3025, if you think you need an upgrade.

Disclaimer: For those who aren’t technologically savvy, RAM is a hardware component, not something that you can download off of the Internet to speed up your computer.

END_OF_DOCUMENT_TOKEN_TO_BE_REPLACED

END_OF_DOCUMENT_TOKEN_TO_BE_REPLACED
If you’re thinking about outsourcing your IT, please read this first.