Tip of the Week: 4 Ways to Resolve the Blue Screen of Death

It’s quite possibly the most infamous screen image in computing: the Blue Screen of Death. Encountering this screen will often cause two thoughts to run through a user’s mind: what just happened, and how can I fix it? The BSOD is the result that Windows resorts to when it experiences an error critical enough to 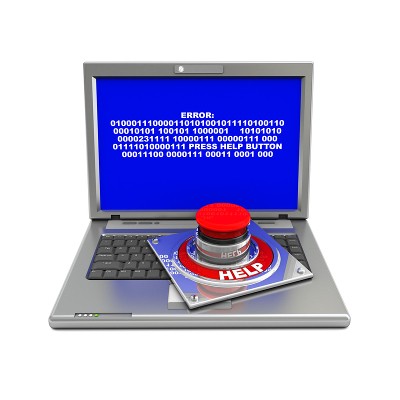 It’s quite possibly the most infamous screen image in computing: the Blue Screen of Death. Encountering this screen will often cause two thoughts to run through a user’s mind: what just happened, and how can I fix it?

The BSOD is the result that Windows resorts to when it experiences an error critical enough to require a reboot. This is what makes it different than a simple application crash, which will usually only require you to restart the application, not the entire computer.

Typically, a BSOD will occur if your computer encounters a problem in its hardware, a driver or software issue, or is infected with a virus. As a result, a STOP Error is thrown up, Windows crashes, and the only remedy is to perform a complete reboot–at the unfortunate cost of any unsaved data that the user may have been working on.

However, not all BSODs are caused by the same problem. Some are legitimate errors, but others are clever attempts by scammers to infiltrate a device more completely. An easy way to spot the difference between real and fraudulent BSOD messages is to check for a phone number. If one is provided, someone is trying to scam you. Microsoft has never provided contact information on their Blue Screen message, only the error code and instructions on how to reboot.

If there is no phone number provided, you’ve managed to incur a real BSOD. Fortunately, the steps to resolve it are pretty straightforward.

System Restore: If you’ve been encountering the BSOD fairly regularly, it could very well be a software problem causing it. If restoring the software to a previous version resolves the issue, you have confirmed that the BSOD was software-related. This is something you should have IT handle for you, since you don’t want to backtrack over something critical.

Malware Issues: Unsurprisingly, malware can often be the cause of this particularly irksome problem. Running a quick scan should quickly root out any malware floating around on your workstation that is causing your problem. Of course, it’s best to be proactive and have a properly managed antivirus that is kept updated and ran regularly.

Boot Up in Safe Mode: By eliminating all but the essential drivers to boot your PC up, it will allow you to determine if a certain driver is causing the issue. Safe mode will allow you to work towards resolving the cause of the BSOD. You might not be able to get much work done in safe mode, but it allows a technician to access event logs and other tools to help determine the problem.

Reinstall Windows: This should be your last-ditch option, as it will completely wipe your existing operating system and replace it with a new installation of Windows. If this doesn’t fix the Blue Screen, your problem most likely lies in your hardware, such as a hard drive failing, memory error, or several other issues. Again, you should rely on an expert who understands the repercussions of reinstalling Windows. Your applications, settings, and many other factors will need to be put back into place before you can start working again.

If you’d rather not have to deal with a BSOD, K² Technologies can help. By managing your IT, we can predict and prevent issues that would otherwise impact your productivity. To find out more, give us a call at 307-686-3025.

END_OF_DOCUMENT_TOKEN_TO_BE_REPLACED

END_OF_DOCUMENT_TOKEN_TO_BE_REPLACED
If you’re thinking about outsourcing your IT, please read this first.