Is Chromium, the next browser from Google, trying to take over for Chrome? At a recent I/O developer conference, Google’s senior VP of products, Sundar Pichai, announced that Google Chrome now has over 1 billion active users. Though Microsoft has pushed their Edge browser hard, consumers simply like Chrome better. So, why mess with perfection?

Is Chromium, the next browser from Google, trying to take over for Chrome?

At a recent I/O developer conference, Google’s senior VP of products, Sundar Pichai, announced that Google Chrome now has over 1 billion active users. Though Microsoft has pushed their Edge browser hard, consumers simply like Chrome better. So, why mess with perfection? 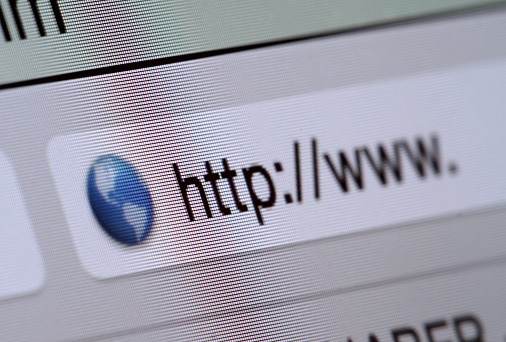 The Chromium browser project actually does not attempt to improve upon Chrome. It is an open-source browser that works more as a shell or window manager for the Internet instead of as a standard browser. The tabs work more as a title bar for desktop applications and are designed to manage groups of applications.

How Chrome Differs from Chromium

Google has taken the basics of Chrome and added some important open-source bits that may attract those who love and use open source programs. A few of these include:

Why Build Another Web Browser?

Google’s developers designed Chromium in an effort to build a better, safer, more reliable way for users to surf the web. By allowing developers all over the world to work on the project, they felt that Google Chrome could be significantly improved upon. However, this hasn’t happened.

Chromium is still largely misunderstood by the masses and has not generated the global interest that other open source products have. For instance, the Linux operating system has become a very trustworthy program that is used today by about half of all Internet servers. It’s reliable and secure. A number of programmers and developers will always be fans of Linux no matter what. It remains freely distributable, allowing anyone to create a distribution for any purpose.

A large community of developers worldwide worked on Linux for many years and their hard work produced an amazing family of free, open-source operating systems. These programs are used in education, business, finance, video games, and supercomputers, among others. Linux set the bar high for open-source software collaborations.

Today, users can still get excellent support from these developers. Companies like Red Hat and SUSE still offer commercial support as well. The dream for Chromium was that global developers would continually improve upon the program until it far surpassed other browsers on the market.

Why Chrome is Preferred

Today, in spite of the many good browser choices available to users, Chrome is hard to beat. This may add to Chromium’s lackluster appeal. Below, are a few of the reasons why Chrome users say they will continue to use this browser over Chromium and others:

Getting Started with Chromium

Chromium is still a good option for those who are looking for open-source software and who want to avoid closed-source bits. Linux distributions may incorporate Chromium instead of Firefox simply because it’s so much like Chrome, yet offers good open-source attributes. Of course, Chrome still offers a better Flash player and a few other good features. For instance, using Chrome on Linux, users can now stream Netflix videos, an attractive quality for those who love Netflix. Chromium does not offer support for HTML5 video content.

Despite its drawbacks, numerous users including developers are working on Chromium. Getting involved in this project is easy. New users might begin by visiting forums and developer discussion groups. There, you can meet some like-minded individuals and get up to speed. You can also get involved by volunteering to help with testing. Chromium developers are looking for reduced test cases that improve web compatibility.

There is always a wide range of issues from translation problems to file bugs that developers can help with. Submitting patches can be extremely helpful. In the end, Google’s hope is that Chromium will become a fast, responsive program that is secure and dependable. It remains to be seen whether this will happen or not. Though Google is a trusted brand globally speaking, the company does sometimes create an “Edsel” when it comes to new programs, software, products, and apps.

END_OF_DOCUMENT_TOKEN_TO_BE_REPLACED

END_OF_DOCUMENT_TOKEN_TO_BE_REPLACED
If you’re thinking about outsourcing your IT, please read this first.